Yogis were not thinking about pregnant women when they developed their techniques, but the benefits for mothers and babies are undeniable.

Yogis were not thinking about pregnant women when they developed their techniques, but the benefits for mothers and babies are undeniable.

There was a time when physical activities were not recommended for pregnant women. In the Middle Ages and even after, women often retreated during this period – among other reasons, because the belly could raise in the thoughts of others the moment of surrender or lust experienced by the ladies. Fortunately, things began to change with the simple observation of how the peasants and fisherwomen, who remained active until the last days of pregnancy, found it easier to cope with changes in the body and efforts during childbirth. Today, in addition to daily work and routine requirements, future mothers have options to not even think about standing still: swimming, water aerobics, deep running, pilates, localized gymnastics, exercise bike, tai chi, weight training, dance…

A classic in this role is yoga, which to the surprise of many people, has not developed techniques for pregnant women. “Yogis, in the past, were not concerned with improving abdominal strength so that women could have a peaceful birth. While it helps, it is not the main effect. ” Says Professor Marcos Rojo, graduated in Physical Education from the University of São Paulo in 1975, graduated in Yoga from the Kaivalyadhama Institute in 1980, PhD in Yoga Science in 1999, in India, and master from the Department of Neurology at the Faculty of Medicine at the University of São Paulo in 2007. “There are techniques that work in the pregnant woman Very efficiently, at least with regard to mobility of internal movement for the time of delivery. And they are specific techniques, which work the musculature very well.”

What distinguishes yoga from gymnastics and makes it so interesting for future mothers, according to Professor Rojo, is the balance between body and mind. “Yoga must be understood as a state of mind. Yoga is meditation. When it comes to the Western World, yes, there is a division and it becomes a little more physical, and meditation something complementary. So much so that there are still events that read: Yoga and meditation … You want to take a pen and writet: Yoga is meditation. ” According to Rojo, it is this integration that is sought to promote in pregnant women – through relaxation, stretching, breathing techniques and meditation. “During this period, the woman is anxious, because she is going to have a baby, because she will have to take care of it, and there is also a concern with the modification of the body. When we do yoga for pregnant women, we are thinking much more about this general state, especially this emotional relationship, than the physical benefits – but they exist!”

Professor Marcos Rojo, who for 35 years was a yoga teacher at the Sports Practice Center at the University of São Paulo, recalls that stretching techniques, now incorporated into physical activities, are a direct influence of yoga. “For the pregnant woman, we put stretching in those areas where she needs a little more. For example, the abdominal volume generates a lordosis and this structural change generates a shortening of the posterior musculature, of the lumbar musculature. So we can stretch this region well, give mobility to the spine, give flexibility to the basin region. ” Another canon of yoga is breathing, which is also used by pregnant women. “With all this modification in the body, with a lot of abdominal volume, the woman cannot breathe normally. This entire structure can benefit from yoga practices.”

The wife of Marcos Rojo, graduated in Physical Education from the Integrated Colleges of Santo André (Fefisa), Professor Daisy Rodrigues says that women have different needs, and it is good that today they can find so many options. “Swimming, water aerobics and relaxation in the pool are great, because the pregnant woman cannot have an increase in body temperature or impact, she must avoid intense practice. Pilates is also interesting.” She says that the idea of humanized childbirth has made some classes at the Yoga Teaching and Research Institute (IEPY) grow, founded by the couple and two of their four children in 2005. “We see the return of doulas, midwives, trimmers, this search for the natural, for the organic… And yoga brings techniques for women to deal more smoothly with posture, breathing and also with the pelvic floor – musculature that already participates in yoga practices, but with which the pregnant woman needs get in touch, leave well toned, you need to know where and how to apply force at the time of delivery.”

Some exercises, like mudras and bandhas, work a lot on the anal and perineum regions, which, according to the teacher, is good not only for pregnant women. “It is important for everyone: men, women and young people. Every time we sit on a couch, armchair, but we don’t use those muscles that support the internal organs.” With diplomas in yoga science and courses in India similar to those of Professor Rojo, she adds that, among other good reasons to keep this musculature healthy is the fact that the pelvic floor is the home of Kundalini. Represented by a snake in the Hindu tradition, considered by some to be a bioelectric phenomenon, its ascent from the base of the column is associated with the acquisition of the state of full consciousness.

Despite cultural and spiritual aspects, with which no one necessarily needs to be involved, the efficiency of yoga is measured empirically by practitioners, who invariably realize the benefits of body-mind balance. “There is talk of an altered state of consciousness, which is actually the one we live in, this state of agitation, anger, distress, where we do things without knowing what we are doing – this is the altered state of consciousness ”, Says professor Marcos Rojo. “The natural state is the state of full awareness, of paying close attention to what we are doing.” The purpose in working with the pregnant woman, according to him, is none other than the acquisition of this meditative state, of control, of relaxation, of self-observation, of observation of the baby. “What yoga does is to ensure that nature fulfills its normal functions without major interference.” 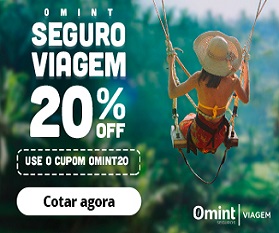